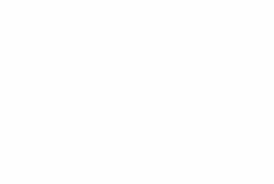 Cas No:
10101-89-0
Formula:
Na3PO4. 12H2O
Molecular Weight:
380.12
Character:
Occurs a white crystals or granules or as a crystalline powder. Freely soluble in water. Insoluble in alcohol.
Packaging:
25/50 Kg. HDPE bags with polyliner inside.
Storage:
Store in a well closed container

Note: Looking for something specific ? Customisation is Available within the above grades. Please mention in the Enquire now page.

What does Hydrate Stand for ?

Hydrate is any compound that contains water of crystallization and when a hydrate contains one mole of water per mole of compound, we obtain a monohydrate.

The Anhydrous form of this compound is useful in various ways:

1. It is used as a food additive in animal feed, evaporated milk, and toothpaste.

2. It is used as an emulsifier as well as a thickening agent.

3. The presence of magnesium ion can be detected with the help of this salt.

The monohydrate form of monosodium phosphate(12 Hydrate) is a reagent with a large buffering capacity. This inorganic sodium compound finds wide application in the field of biochemistry, molecular biology, and chromatography.

The monohydrate salt is used in the:

2. Manufacture of leather and textile products.

As a matter of fact, we obtain a dihydrate when two moles of water combine with per mole of compound. A highly hygroscopic and water-soluble compound, monosodium phosphate dihydrate is a reagent with a large buffering capacity.

The dihydrate salt is used:

1. As a flavoring reagent and a food additive.

2. In the manufacture of paper and pulp products.